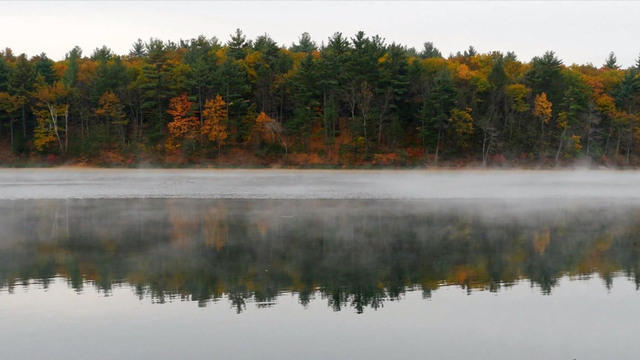 Our play happens in September, 1847, Henry is about about 30 years old. He was about 5’ 7”, firmly built, of light complexion and hair, with strong eyes, His accent is New England, Boston colonial perhaps. He can play the flute. His clothes were solid and plain. He is best known with a beard although he was most likely clean shaven while at the cabin.

“He wore straw hat, stout shoes, strong gray trousers to brave shrub-oaks and smilax, and to climb a tree … his strong legs were no insignificant part of his armor. His senses were acute, his frame well-knit and hardy, his hands strong and skillful in the use of tools. There was a wonderful fitness of body and mind.”

For our play, Henry is an isolated, lonely, overly focused, overtly sincere man, almost with a deer-in-the-headlights expression. He is serious with no humor but who does funny, odd things. He deeply believes in his writing, his views, and that no one understands him.

About 50 years old, Ralph Waldo Emerson was an inspiration and mentor to Thoreau. Henry had been a member of Emerson household from 1841 to 1843, earning his living as a handyman for the family. Emerson was educated in Boston and Harvard. Most of his relatives were clergymen including his father. Because of this, he has the tone of a New England orator and that of a skeptic, by nature. He was a minister that doubted God. He once remarked that if his teachers had been aware of his true thoughts, they would not have allowed him to become a minister.

For our play Emerson is almost fatherly in attitude and counsel to Thoreau. He is a sounding board that incessantly challenges Henry to points of frustration. But still a very good and trusted friend. Their arguments are more like intense banter, never angry, more oratory than loud.

In this play, this 60 year old, short thin character with an English accent works for Henry’s father, who in fact had a successful pencil shoppe. Joshua is a jack-of-all-trades handyman. He loves Henry, knows him well and believes in him. Although comparatively uneducated, Joshua is a simple but wise man of great common sense. He is funny but without ever trying to joke around. His sincerity toward Henry is laced with a somewhat British respect for royalty. 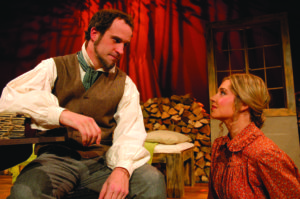 She is a young woman about 22 years old. Beautiful, articulate and a feminist by nature in a society run by men. Her tone has a hint of challenge, not rebellion. There is an air of attraction between Rachel and Henry. They notice each other but respect the loftiness of the walls between them. She is submissive to her job but doesn’t nessessarily acknowlage she is in a “place” as men would want her to be.