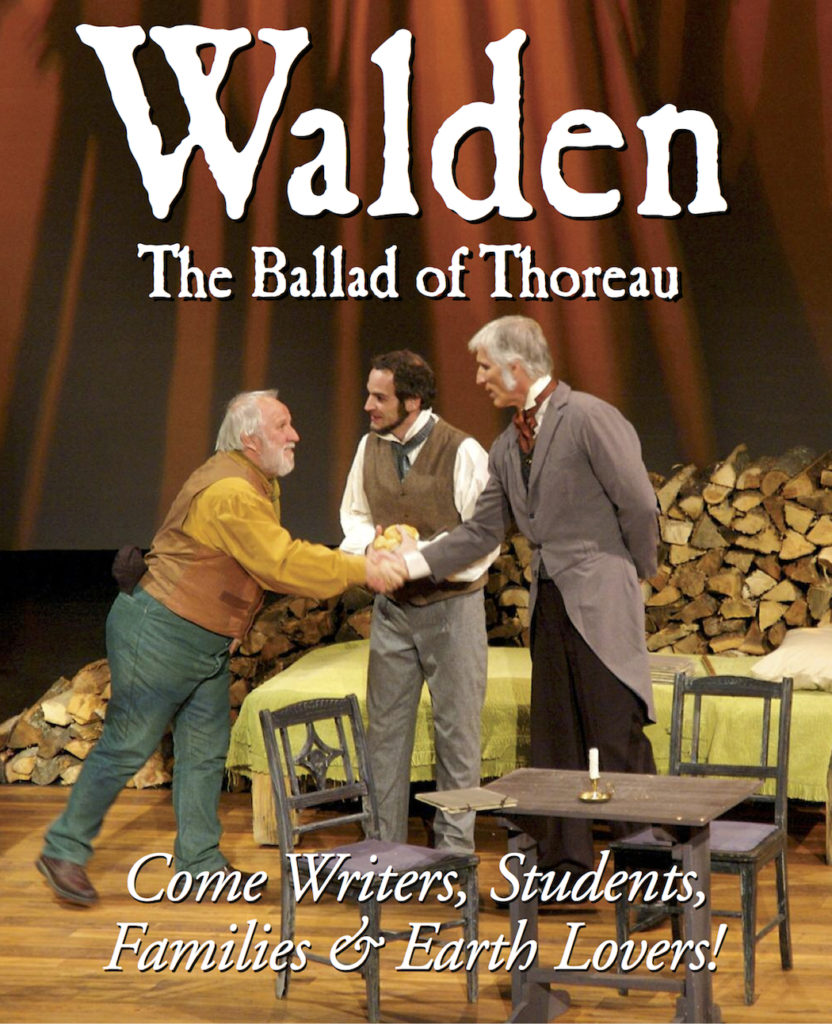 The script for Walden: The Ballad of Thoreau is FREE to all educators, community theaters and home school parents. The script also has LESSON PLANS for middle, high and college level classes. To recieve the Script, Posters, Directors notes and more read the conditions below and then send an email to

Walden: The Ballad of Thoreau” is a theatrical play offered free of charge to schools and community theaters (GROUPS) for classroom, home, stage and public performance only, and rights for broadcast on any media format are not granted. The script is protected by copyright and solely owned by Rachel-Aubrey Music, Inc (PRODUCER) ©2006/2007/2008/2009/2018

GROUPS agree not to edit or alter the script without the PRODUCERS consent.

GROUPS agree to inform the PRODUCER of production/performance dates and venues.

GROUPS agree only to make as many hard copies of the script as needed to produce the event.

GROUPS agree to use the script with moral integrity and with the dignity afforded the subject at hand and as appropriate for family audiences. Come on, you know what we mean … no nude bathing scenes in Walden pond, for Pete’s sake 🙂

GROUPS agree not to sell the script or the music provided for the production of the Walden event.